From Wikipedia, the free encyclopedia

Cognitive-behavioral therapy (CBT) is a psycho-social intervention that is the most widely used evidence-based practice for improving mental health. Guided by empirical research, CBT focuses on the development of personal coping strategies that target solving current problems and changing unhelpful patterns in cognitions (e.g. thoughts, beliefs, and attitudes), behaviors, and emotional regulation. It was originally designed to treat depression, and is now used for a number of mental health conditions.

The CBT model is based on the combination of the basic principles from behavioral and cognitive psychology . This wave of therapy has been termed the second wave. Behavioral therapy is thus now referred to as the first wave. The most recent wave is the third wave, and this contains the mindfulness-based therapies. CBT sits firmly within the second wave. It is different from historical approaches to psychotherapy, such as the psychoanalytic approach where the therapist looks for the unconscious meaning behind the behaviors and then formulates a diagnosis. Instead, CBT is a "problem-focused" and "action-oriented" form of therapy, meaning it is used to treat specific problems related to a diagnosed mental disorder. The therapist's role is to assist the client in finding and practicing effective strategies to address the identified goals and decrease symptoms of the disorder. CBT is based on the belief that thought distortions and maladaptive behaviors play a role in the development and maintenance of psychological disorders, and that symptoms and associated distress can be reduced by teaching new information-processing skills and coping mechanisms.

When compared to psychotropic medications, review studies have found CBT-alone to be as effective for treating less severe forms of depression and anxiety, post-traumatic stress disorder (PTSD), tics, substance abuse (with the exception of opioid use disorder), eating disorders, and borderline personality disorder. It is often recommended in combination with medications for treating other conditions, such as severe obsessive compulsive disorder (OCD) and major depressive disorder, opioid addiction, bipolar, and psychotic disorders. In addition, CBT is recommended as the first line of treatment for majority of psychological disorders in children and adolescents, including aggression and conduct disorder. Researchers have found that other bona fide therapeutic interventions were equally effective for treating certain conditions in adults. Along with interpersonal psychotherapy (IPT), CBT is recommended in treatment guidelines as a psychosocial treatment of choice, and CBT and IPT are the only psychosocial interventions that psychiatry residents are mandated to be trained in.

If you suffer at the hands of your own mind,

CBT may be of benefit to you.  This type of therapy is usually conducted with a therapist and generally takes 10 or more sessions for the results to manifest.  Highly recommend looking into this type of therapy if you feel you could use help trying to be a content productive individual.  There is help and it may be the best thing you do for yourself. 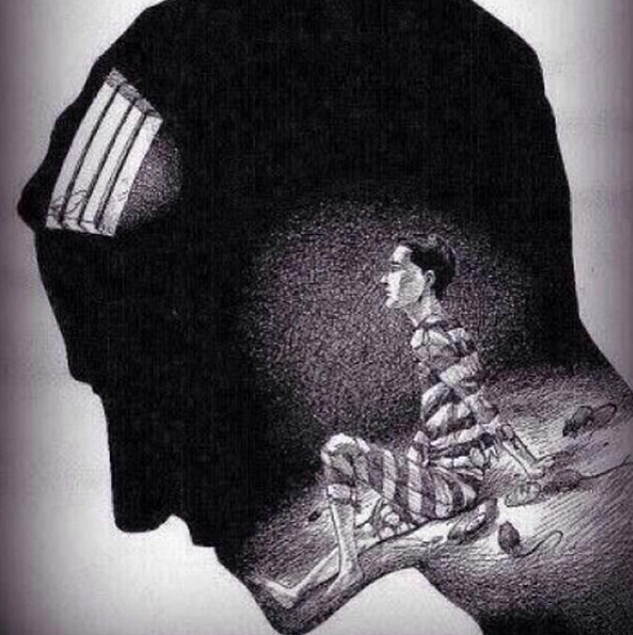